Easter is right at your doorstep and for some it’s a great opportunity for a trip to a place where you can experience the religious atmosphere at the most. They are the most important days of Christianity and why not spending those days where it has left its mark unspoiled for hundreds of years and the local people are living them so vividly and religiously.

Even if you are not a Christian the experience of being at the two cities that we suggest below during Easter will sure be unforgettable and interesting for giving you the chance to travel and see other religions.

Easter in Jerusalem is truly a unique experience for every Christian!

The city is considered of great history and it is worthwhile visiting it, as it continuous to preserve its ancient prestige. It is of great importance to three big single-God religions: Judaism, Christianity, Muslim.

A very spectacular ritual takes place at the Church of the Holy Resurrection which is the climax of the Easter festivities. It’s called the ritual of the Holy Light and pilgrims gather at large numbers making the presence of police essential.

At about one o clock noon the lights of the temple go out and the litany around the Holy Tomb begins. When the time comes the Orthodox Patriarch of Jerusalem strips off his surplice and is being searched for any item that could light a fire.

After that he wears a white robe and enters the Tomb which has been thoroughly searched by the police and representatives of others doctrines for any item that could cause a sparkle.

Then the Patriarch holds a bouquet of 33 candles, (as many as the years that Jesus Christ lived), and enters the Tomb. After a while he exits with the candles lighten with Holy Light and like a wave of flames the light is spread to the candles of the rest of the Christians. 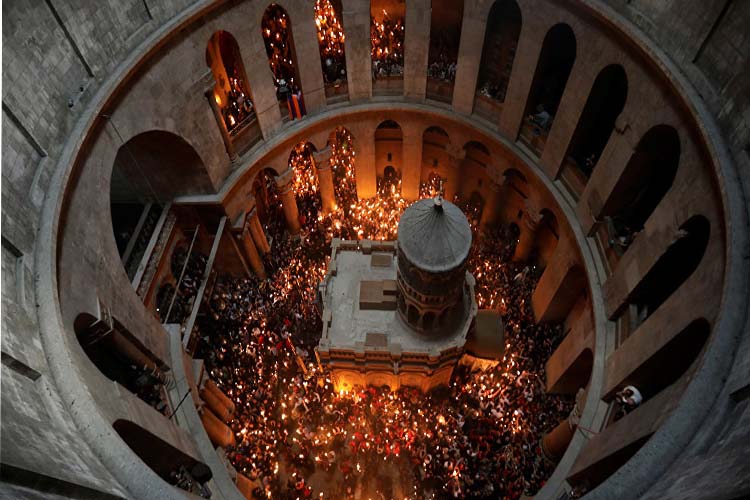 Hotels in Jerusalem from 43€

The Eternal City has lived up to its nickname, because all the roads lead to Rome for more than 2000 years. From the glorious Roman Empire to the modern center of Catholics with the Vatican standing in the heart of Rome.

During the Holy Week tens of thousands of pilgrims visit Rome to experience Easter. The Catholics on Holy Thursday they celebrate the Last Supper from which many activities from holy mass come from. Then on Holy Friday the local folk are fasting from meat and occasionally at some regions there are some recreations of Jesus Christ’s Passions.

On Holy Saturday night the people will light their candles which is a symbolic gesture that presents the win over death and eventually the resurrection of Christ.

Finally on Easter Sunday the Pope will address to the attendants at Vatican and to the whole world and will give his blessing and say the well known “urbi et orbi” which means at the city (of Rome) and at the world. 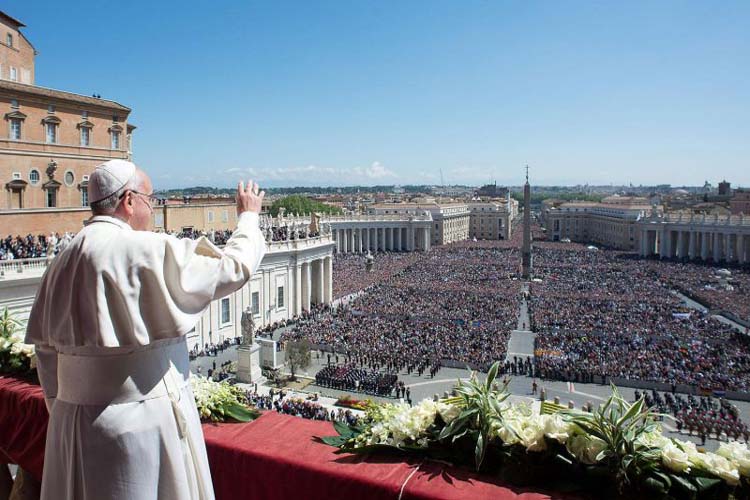 See more about destinations and hotels:

Back up
x
x